The following little SF piece was originally posted last Christmas when there was rampant speculation about Mayan Calendars and the End of Times. Since we made it through that nasty time, I've slightly revised the post.

The Dreamship moved along the outer band of the Mobius curve of the universe at one hundred times the speed of light. Reaching the point at which the outside became the inside, the ship slipped into time.

The Pilot was of necessity asleep and would remain so until the end of the mission when he brought the Dreamship back out of the universe and into eternity. His mission was simple: transport the Judges to the developing world in question and bring them out again. The Judges' mission was the difficult one; amongst themselves they frequently called these missions "End Times" missions.

As always, there were three of them. In current binary terms, they were 101, 111, and 000. In ancient nomenclature, they were two men and a woman. We'll call them Sam, John, and Ruby.

Most often their missions took them to the fourth planet from the local sun, but in this instance, it was the third planet out, a waterworld class planet which meant that at least 65% of the surface was covered with water.

The beings on this planet had reached a stage of development where it was necessary that the Judges make a determination regarding the beings' future existence. If the Judges judged wrong and allowed these beings or those on any "developmental" world who were following the wrong path to continue to live, the entire harmony of the universe would be destroyed and chaos and eventually total destruction would ensue.

The Boss would not be happy because that would mean starting the whole "universe" experiment over again from scratch, beginning at the point of the initial creative explosion. And that took an enormous amount of planning and engineering.

Only about one in ten worlds met the Judges' strict criteria for survival. The other nine were eliminated, swiftly and efficiently. The Dreamship was outfitted with a simple sonic device designed by the Boss which allowed the Judges to eliminate the world instantly if that was their decision.

A highly sophisticated and hidden monitoring system was in place and had been recording data since the beings on the planet had evolved to a certain level. That level included a strong and positive value system and organization into a cohesive society which permitted the maximum amount of individual freedom. There were several thousand other points of measure that the Judges considered too.

When the invisible Dreamship achieved an orbit around the world in question, the Judges moved to the observation room to examine the records available. It was clear that many of the societies on the planet were moving in the wrong direction, but there were a few which seemed promising. 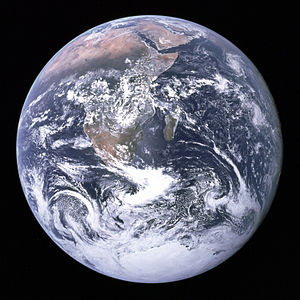 On the first vote, John and Ruby were split. Ruby voted for elimination. John voted for continuation. Sam wavered. It was a most unusual situation. After a spirited discussion, Sam proposed that they use the rare and infrequently used "Star" stimulation to push the world's beings along the right path. This was in effect a spectacular event plus an extension which allowed the world in question a fixed amount of time to reach a level of satisfactory development.

Because they were split (which rarely happened), John and Ruby saw the logic of providing the extension. They were fully aware that they would have to fully explain and justify their decision to the Boss but felt confident in their reasoning.

All three immediately  touched their screens to implement the "Star" protocol.

An artificial "star" was instantly created outside the orbit of the planet's moon; the star would move along a pre ordained path for three years and would be visible to all beings on the planet. On a specified date, a human would be born with specially coded DNA from the Boss himself. This individual would be a teacher who would bring a new morality. The three judges hoped the beings on the planet would embrace the morality and use it to build a viable society that would endure.

At the end of the designated time the "star" would disappear and the special individual would reach maturity. Judging from these beings' spiritual development (mostly primitive moral codes, but with some movement toward respect for one another and an acceptance of the heavier responsibilities of freedom), the appearance of such a star and a teacher with the necessary morality could possibly stimulate development along a positive path.

The Judges telepathically interacted with the Pilot; the invisible Dreamship quickly left orbit around the waterworld and almost instantaneously reached the outer band of the Mobius curve. It slipped seamlessly back into eternity.

Once they were outside time, John and Ruby maintained their objectivity about the world in question. But Sam was pulling for the little planet and its people. He liked their grit. And they made really good beer.

The Judges would return 2200 solar years later to make the final decision about the planet's survival.

We went out to lunch Thursday with our good friends Scooney and his wife Rae. Both Ed and I keep a pretty close watch on our fat intake because of heart issues, but sometimes "a man's gotta do," as they say in the old westerns, "what a man's gotta do."

We went to an old (it opened in 1945) place, Rotier's, just off West End on Elliston Place. 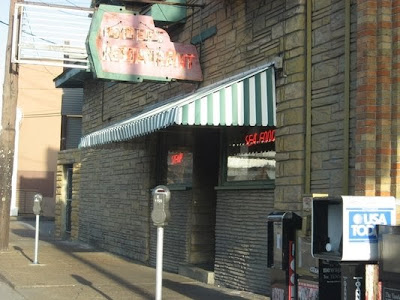 Rotier's has been praised in the USA Today newspaper and on the Food Network for their burgers. It's also been praised by Vanderbilt students and native Nashville burger hunters for decades. If you're ever in Nashville, give old Rotier's a try. You won't regret it. 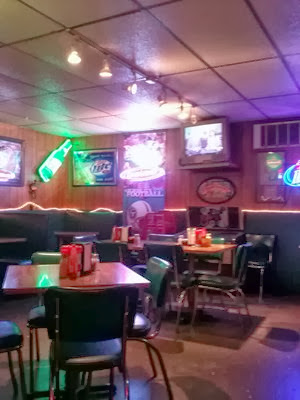 And this is what most people come for...the French Bread Cheeseburger. As you can tell from the pic, it's made of fresh, hand prepared ground beef. 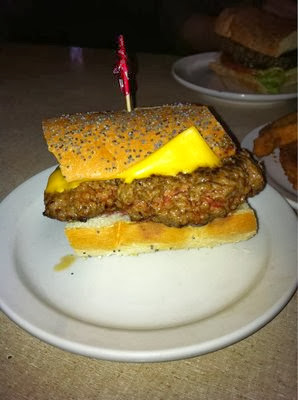 Joyce, Ed, and I had the French Bread Burger while Rae opted for the delicious open faced Roast Beef sandwich.

I could go on and on about the burger but it would probably sound pornographic so I'll just use a line from Van Morrison's song... "It Stoned Me to my soul."


Later, we drove through downtown Nashville and on out Woodland through the Five Points area and on to Eastland Avenue where we had ice cream for desert at Jeni's, a place worthy of another post.

It was a peaceful and relaxing day with good friends and good food.

Some Things Are Cooler'n Hell

Christmas is coming and New Year's is in the air.

It's generally a happy time, especially for kids. Adults though, no matter their station or status in life, always go through the season with at least a touch of sadness. In my opinion that's partially because we remember our childhood and our Christmas innocence when the whole world depended on Santa Claus, a toy gun or an electric train, or some other dream. Each Christmas we realize once again that the innocence is gone forever and we can never get back to that time.

The holidays are also a time for taking stock...which can make you sad too.

Personally, I think about the past year--what's been lost, what's been found, who's been hurt, who's been helped, what I've failed at, and what I've accomplished. After weighing it and worrying with it, I generally try to put the bad stuff aside and move on with the good.

Besides that, being above ground instead of below it means you can still enjoy the "good stuff." And there are lots of things that are clearly good. Good stuff. Cool stuff.

Like Ray Wylie (no relation to L. Ron) Hubbard says, there's lots of things under heaven that are cooler'n hell.


That song itself is "cooler'n hell." And since we caught a glimpse of Bonnie Raitt in that video illustrating things "cooler'n hell," here's the "honky tonkin" blues woman with Norah Jones just killing the Tennessee Waltz..with some great slide work by Bonnie at the break. Cooler'n hell. Indeed.


This old blog ain't necessarily "cooler'n hell," but it does give me some joy and a place to comment, explore, discover, rant, etc. It does that even though I sometimes ignore it for a long spell. But when I come back to it, the nice, inviting, white, and very blank space is waiting patiently for me to lay down some digital letters.