I love most bluegrass music. But you don't have to love it to appreciate what happens in this video. At about the 1:35 point in the song "Mordecai," something happens to singer Josh Williams. Stay with it and see how cool this entertainer's reaction is to the unexpected. Amazing.

I recommend watching this on youtube (just click on the logo) so you can make the screen size larger.


UPDATE: I forgot to give a hat tip to Bob Bell for sending me this video. Thanks, Bob.
Posted by Dapper Dan at Tuesday, January 31, 2012 3 comments:

One thing about a job, to keep it you've at least got to be there. You've got to get up in the morning, put on your clothes, and head out the door. You can't lollygag around day after day and never leave the house.

That's probably a good thing. But it does have a down side. You know what I'm talking about. It means that some times you're going to wake up and not want to do nothin'. Still, you know you've got to go in. You're going to go in to work even though you don't really feel like it. And of course your performance that day won't quite be what you or your boss expect of you.

My job as an instructor/professor involved speaking in front of a class 2, 3, sometimes 4 hours a day. I had to have something to say. Many's the day when I felt like I didn't have anything to say, but I went anyway.

In a very small way it was like having a talk show on TV. Except Jay Leno has a team of writers and a band to turn to when things slack off a bit.

Nowadays, since I'm retired, if I don't feel like doing something, it don't get done. But I look at it this away: By not doing something when I don't really feel like it, I'm keeping down the level of half assed work that's done, work that I'm not happy doing. It's a kind of quality control. The way I see it, being a slacker is a way to improve overall efficiency.

This old Hank Williams tune is for all the slackers out there, myself included. We're all just waitin'.

Crack in the Boxcar Door

There's still lots of people out of work, but insofar as I know, nobody has decided to hit the rails. Yet.

Back in the '30s lots of out of work guys and others who just wanted avoid it did just that. There was a fellow on my mother's side of the family, one of her aunts' husbands who lost his job, left his family, and hit the rails. He hoboed arround and never came back. Until about 40 years later. Just showed up one day and knocked on her door. She had remarried and her second husband had died leaving her an elderly widow. The old hobo may have wanted forgiveness, I'm not sure. And I don't know if he got it. All I know is he didn't come back around after that.

There are plenty of songs about hobos. Most of them romanticize the life. Some of them offer insights. Hank Snow's "Crack in the Boxcar Door" is a romanticized view of the freedom that the rambling hobos were said to enjoy.

Jimmy Rodgers "Hobo's Meditation," is still a bit romanticized but does provide the listener with some insights into hobo psychology. I especially like the line..."will we have to work for a living...?"
Posted by Dapper Dan at Sunday, January 29, 2012 5 comments: 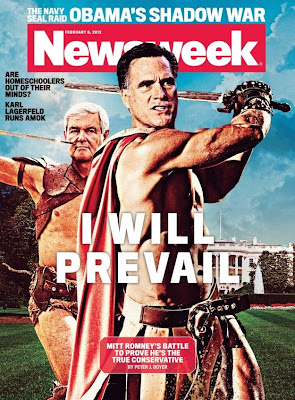 Short Take Off and Landing Competition

Hey flyguys. Check this video out. It shows some of the contestants in the 2011 Valdez, Alaska, May Day Fly-In Competition. The winning pilot in the wide open alternate bush plane category was Ed Doyle from Kansas in Mike Olson's heavily modified Super Cub called Cuzoom.  Doyle's TOTAL take off and landing distance was only 78 feet. That's right, 78 feet total distance involved in taking off and landing. Amazing. Since I'm most fearful during takeoffs and landings, this sounds like my kind of plane.

The Cuzoom has a 238 hp Aero Sport Power engine with a little Nitrous Oxide booster and a 3 blade, 80 inch prop with a 37 degree pitch. It also has extended gear legs and an 80 degree flap system for ultimate control at slow speeds.

Unfortunately, the plane had to make a crash landing the next day on the trip back to the states. The apparent cause of the crash was "carb icing." The pilot and his passenger weren't injured and the plane, at least in pictures, appeared to be okay except for the landing gear.

Hat tip to friend Bob Bell for sending this along.

It's a pretty good day so far. The light snow we had Thursday night is all gone. Slept pretty well. Finally got a new writing project going. Plenty of good football coming later. I know, the day ain't over yet, but it's good now and I'm rolling with it.

"Well my mama told me there'd be days like this. When everything falls into place. Like the flip of a switch."

Hey, I found this one too. One of my favorites and it fits the day. "Cleaning Windows." "I'm a workin' man in my prime."

Kinda Makes You Wonder Where It'll All End

My friend Bob Bell sent me this. I'm not sure where he got it or who put it together, but it's a very funny piece that's just dripping with irony, one of my favorite "writerly" things. Irony (sorry, I'm not completely over all those years in the classroom) is the "use of words to convey a meaning which is the opposite of its literal meaning." It's pretty clear that whoever wrote this doesn't want you run out and vote Democratic. So don't do it, ya hear?

I edited this down a bit and added a little Spike Jones after the list. Like Spike says at the end of the video, where will it all end? What will the Democrats do next and how many irony-blind folks will continue to vote for them?

Sorry about the long time between my last post and this one. But I'm finally back. My brother has recuperated and Joyce is doing well. My personal inertia has also been overcome. At least temporarily!
Arlene Delgado, a Big Hollywood (one of Breitbart's sites) contributor, has a great article which presents ten conservative "lessons" to be learned in "Rocky IV." One of the ten lessons is the unashamed patriotism expressed in the movie, and in the discussion of that lesson she mentions this great James Brown song, "Living in America." If you've seen the movie, you'll remember the scene that features Brown and his song. This video (put together by mayee11)  isn't that scene, but there is one available on YouTube if you want to view it.
Check out the song's lyrics at the bottom of this post.
I'm just an old white guy who likes bluegrass, traditional country music, and early rock and roll, but, dang it, I've always had a soft spot for James Brown's stuff. And now I learn that he was something of a conservative. You read that right. A CONSERVATIVE.
If you didn't know that (or even if you did), you might find the Wikipedia bio on James Brown interesting. Here's a couple of interesting paragraphs:
In 1972, James Brown, when asked, openly proclaimed his support of Richard Nixon against the Democrat, George McGovern,[35] and a nationwide boycott called by Black Democratic leaders damaged his status as the most successful Black entrepreneur in the country. Still, his popularity buoyed up his financial fortunes after a brief downturn, and he went on with his career, undaunted....
In 1967, he issued a patriotic single, "America is My Home", which was a "rap" about how he felt people, particularly in the African-American community, were neglecting the country that he said "could give (them) opportunities" explaining how at one time he was shining shoes and the next, he was greeting thePresident of the United States as he did when President Lyndon B. Johnson thanked him for donating money to school drop-out prevention programs.
Lyrics for "Living in America"
Yeah, uh! Get up, now! Ow! Knock out this!Super highways, coast to coast,easy to get anywhereOn the transcontinental overload,just slide behind the wheelHow does it feelWhen there's no destination - that's too farAnd somewhere on the way,you might find out who you areLiving in America - eye to eye, station to stationLiving in America - hand to hand, across the nationLiving in America - got to have a celebrationRock my soulSmokestack, fatback,many miles of railroad trackAll night radio, keep on runnin'through your rock 'n' roll soulAll night diners keep you awake,hey, on black coffee and a hard rollYou might have to walk the fine line,you might take the hard lineBut everybody's working overtimeLiving in America - eye to eye, station to stationLiving in America - hand to hand, across the nationLiving in America - got to have a celebrationI live in America, help me out,but I live in America,wait a minuteYou might not be looking for the promised land,but you might find it anywayUnder one of those old familiar namesLike New Orleans (New Orleans),Detroit City (Detroit City), Dallas (Dallas)Pittsburg P.A. (Pittsburg P.A.),New York City (New York City)Kansas City (Kansas City),Atlanta (Atlanta), Chicago and L.A.Living in America - hit meLiving in America - yeah,I walk in and outLiving in AmericaI live in America - state lines,gonna make the prime, thatI live in America - hey,I know what it means, ILiving in America - Eddie Murphy, eat your heart outLiving in America - hit me, I said now, eye to eye,station to stationLiving in America - so nice, with your bare selfLiving in America - I feel good!
Posted by Dapper Dan at Tuesday, January 10, 2012 8 comments: