My Earliest Memory: Shadows of Fear

The earliest event I can recall in my long term memory is one that was associated with fear.

I was born in Nashville, Tennessee, in 1940. Since we moved out of the city when I was about four, I only have one memory from that first time my family lived in Nashville. Both of my parents have passed on now, Dad in 2007 and Mom in 2009. But earlier, when I mentioned this memory to them, neither could remember the night in question. It stuck with me all these years I suppose because it was so frightening to a three and a half year old kid.

In 1943-44, we lived in an apartment house across the street from the Nashville Auto Diesel College (That school is still going after all these years; it's now known as the Nashville campus of the Lincoln Technical College group. The big old main building of the campus is still there and shows up on their website.)

My father drove a Nashville city bus in those days and his schedule sometimes meant that Mom and I were alone at night. 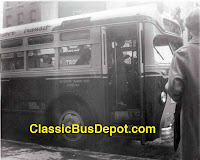 On the night in question, Mother and I had been out somewhere in the city for a purpose now long since forgotten. We rode the bus down Gallatin Road and got off at our street. I remember that it was cold and I could see my frosty breath coming out. There were always several outside lights on at the Diesel College and the front porch of our apartment house received some of the light. As we walked down the street and came to our place, Mother thought she saw a shadow move across the front of our house.

She grabbed my arm and quickly pulled me down behind a bush that was growing in the front yard. She whispered and told me that she had seen a shadow of a man on our porch. Her voice was shaking and she gripped my arm tighter. She put her other hand over my mouth. "Be very quiet now. Don't talk. He may be trying to get us," she said.

We stayed crouched down that way for several minutes. As I looked at the front of the house trying to see what she had seen, I could feel my heart beating in my chest and felt a great urge to run away. 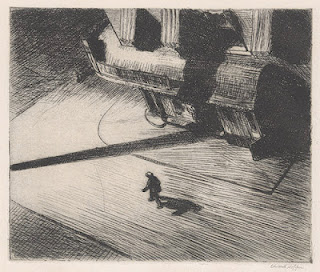 After what seemed like an eternity, we finally got up and went inside. Other than my feeling of fear as we crouched behind the bush and the image of shadows on the front of the porch, I don't remember anything else. We never saw a man.

What my Mom saw, I don't know. Maybe it was someone walking across the campus behind us and we saw his shadow on our porch. Maybe it was just some tree branches moving in the wind. It could have been anything.

Looking back now after all these years, Mom was always very fearful, very skitterish about anything out of the ordinary, afraid of this and terrified of that. I think she may have been scared and scarred by something in her childhood, something that made her fearful for most of her life. Her own mom had died when she was eight and soon thereafter a fearsome stepmother entered the picture. I suspect Mom's personality was partially molded by those events.

Her personality had other facets as well though. She wasn't a fearful and cowering individual. She conquered her fear of being in front of people in high school, for example, and developed a "Minnie Pearl" type comedy act with another young girl. They were quite a hit and appeared at civic meetings, etc. in all the surrounding counties in the early '30s. And as I grew up, I remember several instances of her standing her ground or standing up to someone who needed to be put in their place. She was strong. But fearful.

I don't think I grew up to be quite as cautious and worrisome as Mom, but it is a part of my makeup too. I sometimes experience night terrors and wake up in a sweat. Most of the time I'm trying to run away from some threat or trying to call out to warn someone about an imminent danger.

Maybe I'm still seeing those shadows on the porch.
Posted by Dapper Dan at Friday, November 02, 2012