Do you remember and still enjoy the amazing finger picking intro on "The Boxer," the famous S and G tune? 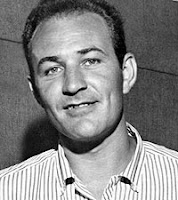 Besides his fantastic guitar work, the North Louisiana native also sang, wrote, songs and cut a few records himself along the way. Here he's in a '60s R&R groove as he sings on this tight Monument cut of his co-written "Happy Tears." Some might not like this old rock sound, but I dig it.

And singing a straight (but smooth) country song, "Too Much Love Is Spoiling You," on this old '60s Country Jukebox album: 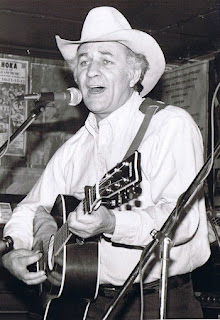 The Alan Mayor photo above shows Carter at Nashville's Station Inn in 1983. (We went there in the '90s with our friend Charlie Barnes, a sideman himself in the bands of Jeannie Seely and Jack Green back in the day; visit the Station Inn if you ever come to Nashville.)

Carter, who was the father of country singer Deanna Carter, died in the summer of last year (2010) at the age of 76.

Fred Carter exemplified the talent and creativity of the Nashville sideman, a man content to be on the side, but possessing the skills to step into the spotlight when necessary.
Posted by Dapper Dan at Thursday, February 10, 2011