When I was a young lad of 15 in 1955, I began to fantasize. About girls, of course. And cars. I had a learner's permit and had already learned to drive, so in my imagination I thought a lot about the kind of car I might be able to afford as a working teen. (Dad had already said he wouldn't be able to help any with the financing, that I would have to earn enough on my own to make a purchase.)

Since at that point I could only drive an automatic, my fantasies focused on the few 1940 cars then available with that kind of tranny. One of them, a 1948 Buick Roadmaster Sedanet (fastback) with Dynaflow soon took center stage. 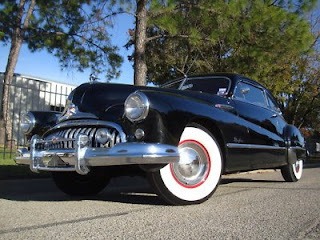 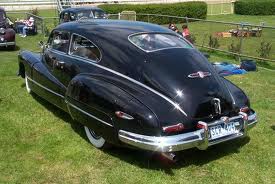 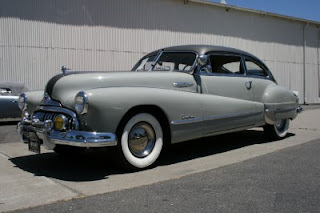 Pontiac had hydra-matic fastbacks at that time, but they were still based on the more angular pre war design. While the 48 Buick Specials and Super had that same look, the 48 Buick Roadmaster had the more rounded and modern style that took the front fender line swooping right on back till it met the rear fender. That seems like a minor detail, but think about it for a minute. Once the front fenders met the back ones, there was no going back (unless you count the retro Plymouth Prowler from few years ago--let's not count that, okay?). So, from a styling perspective (historically speaking), this flow through fender thing was a very significant change. 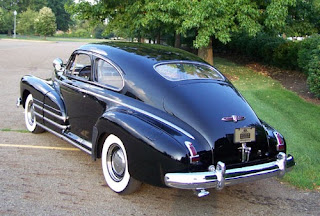 The 48 Buick Special fastback above illustrates my point.

Also, those lesser 48 Buicks didn't have the Dynaflow, Buick's automatic at the time. 1948 Roadmaster Sedanets were/are beautiful cars and costly (even though 7 years old at the time), but seemed in the realm of possibility to my fevered imagination at 15. Everything, as I recall, was fevered in those days.

Why, you may ask, did I conjure up these memories of fastback lust at this time? Yesterday, walking to our Avalon in the hospital parking garage, I saw this. 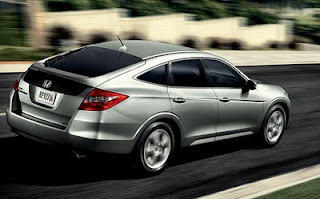 Hondas are great cars and get positive reviews, but many of the car mags criticized this particular style. It's called the Honda Crosstour. I'm not sure about you, but I like the looks of it. It's that fastback lust again.

To not leave you hanging fire about the resolution of my fantasy, here's what happened. I learned to drive a straight shift and use the clutch like any red blooded American male should do. My choices were then increased tenfold. And technically, the first car I owned that I could actually drive, was one like this, a 48 Chevy Aero, straight shift. 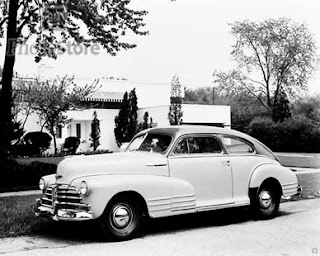 It wasn't an automatic, but as you can see, I did get one thing from the earlier fantasy. A fastback. It had the pre war separate fender style, but it wasn't quite as angular looking as the Pontiac, and, best of all, it was a fastback. Oh yeah. Always liked them. Still do.

Since we had a breakdown in the grocery parking lot yesterday on the way home in our still under warranty Avalon (something electrical, had to be towed), that Crosstour is looking good to me right now.

Ahh. Fastback lust. What can a guy do?
Posted by Dapper Dan at Thursday, February 03, 2011